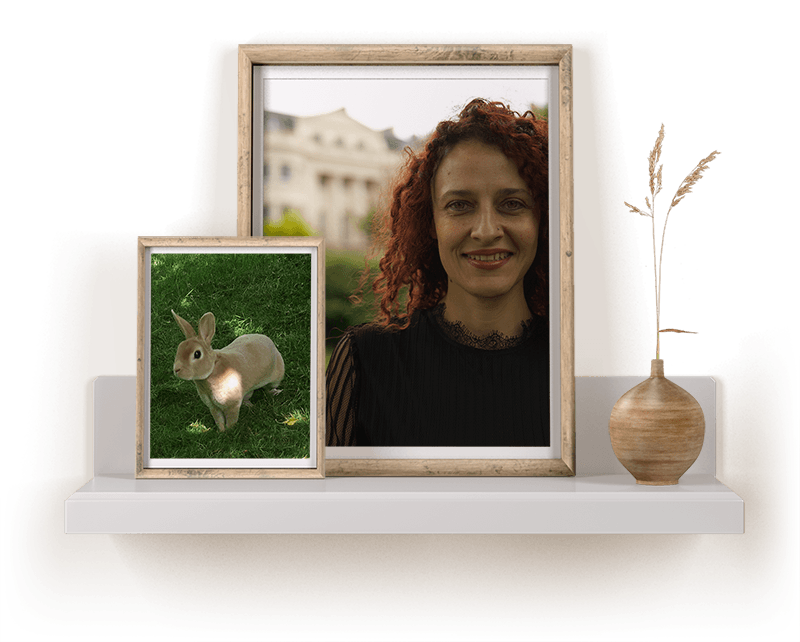 Juliana Sheikh was born in Ndola, Zambia which is in Southern Africa. She grew up in Ndola and then moved to Harare, Zimbabwe, where she lived until 2001. She then moved to the UK where she resides. She has a brother and mother in Zimbabwe, another brother in Australia, a sister in Brighton and three brothers and a wonderful stepmother in Los Angeles. Juliana’s family is wonderfully diverse in ethnicity and religion, with religious practices spanning Catholicism, Buddhism, Islam, and Paganism. Religious holidays are always fantastically colourful! She now lives with her partner, two rabbits and a cat, in a tiny cottage in Hertfordshire.

The young Juliana grew up surrounded by books. As a child, she loved being transported to wonderful places like Narnia, or into the fairy tale lands of Hans Christian Andersen. Enid Blyton seemed to know just the adventure that Juliana wished to go on with her closest friends. As a young girl, Juliana wanted to write fantastical stories that she could share with young readers as these authors had done with her.

Juliana studied chemistry at the University of Edinburgh and English literature at the University of Cambridge ICE. Edinburgh still remains one of her most favourite locations in the UK with its castle in the centre of the town and the extinct volcano, the magnificent Arthur’s seat, which sits snoring gently at Holyrood Park. The journey by train from the bustling Kings Cross Station to Waverly Bridge Station, laden with chemistry books and a small packed lunch, gave her much time to escape the hard sciences and write poetry and short children’s stories. Juliana has also been learning to play the cello for more than eight years and is currently preparing for her grade 5 Trinity exam.

After completing her studies, she moved around, working various jobs including some work in the chemical industry. It did not take her long to realise that she much preferred to work with children, so Juliana moved into tutoring work and writing part-time. Connecting with young people of all ages and helping them with their studies has been one of her biggest joys.

Juliana’s first children’s book, The Mole and The Sunglasses was inspired by her little rabbit Teddy, who she lives with. Juliana realised, through her relationship with Teddy, that little creatures can easily be overlooked, and their magical personalities can be missed until you take the time to get to know them. Just like Teddy, even moles have their place in the world and their personalities are unique and beautiful.